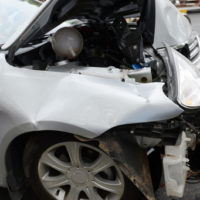 Two recent New Jersey accidents resulting from wrong-way drivers sent a number of people to the hospital, and demonstrate the rare but dangerous result of head-on collisions.

In another incident on the same day, the driver of a Toyota pickup caused injuries to seven people when driving on the wrong side of the road. The Toyota was traveling east on Lacey Road in Lacey when it crossed into the westbound lane. The Toyota collided with a Chevrolet pickup, causing it to roll over multiple times and come to rest in the woods by the side of the road. The Toyota continued driving against traffic in the westbound lane and collided with a Saturn Vue. The driver and passenger in the Saturn were hospitalized with serious injuries, as was the driver of the Toyota. The driver and three passengers in the overturned Chevrolet were treated for minor injuries.

Head-on crashes are one of the most deadly types of motor vehicle collisions. While accounting for only 2% of all crashes on US roads annually, they account for approximately 10% of all roadway fatalities. Even more than other types of accidents, head-on collisions tend to result from grossly negligent or reckless behavior, such as driving while intoxicated, driving while distracted from texting or talking on the phone, or falling asleep behind the wheel when driving while fatigued. Head-on collisions can also result from an elderly driver becoming confused when behind the wheel and steering into the wrong lane of traffic. Head-on collisions often cause serious injuries in the victims. These victims may have claims for punitive damages against an at-fault driver who was behaving highly recklessly by driving while seriously intoxicated or at an extremely high rate of speed.

If you’ve been injured in a head-on collision in New Jersey, seek the money damages you deserve for your medical bills, lost work, and pain and suffering by contacting the compassionate, knowledgeable, and trial-ready Wayne personal injury attorneys at Massood Law Group for a consultation, at 973-696-1900.